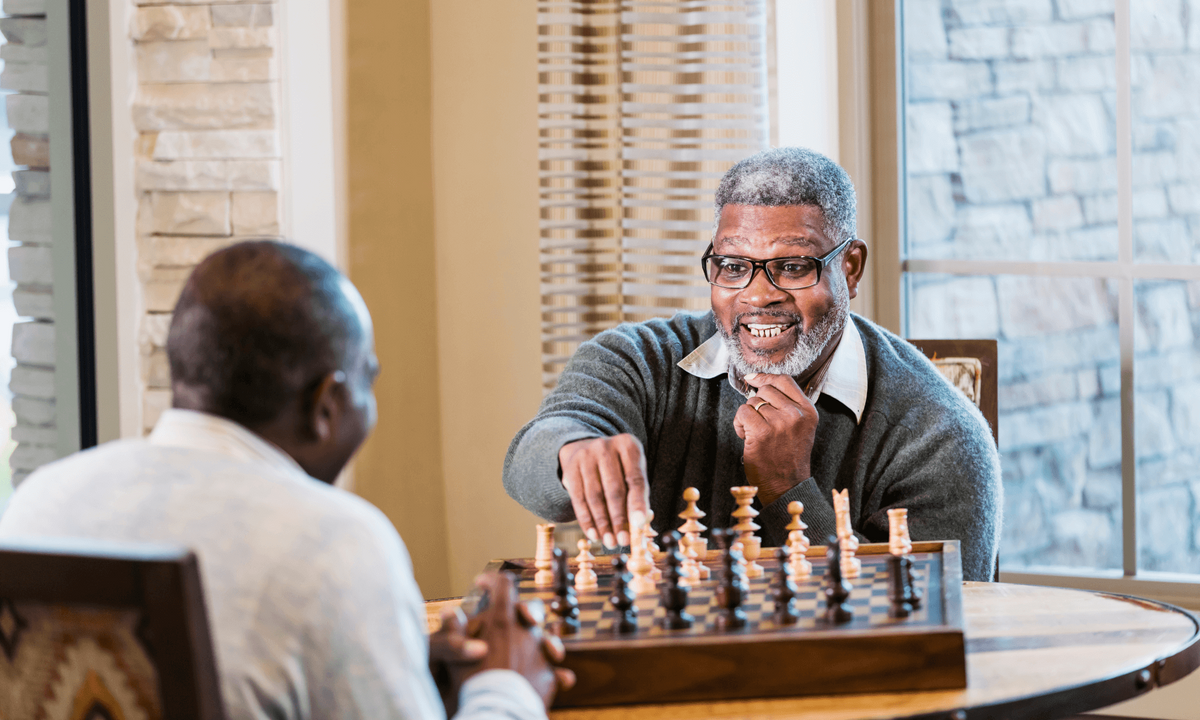 Try These Games to Keep Your Mind Sharp

Physical exercise is a well-known way to improve overall health, but keeping your mind sharp can benefit overall health, too. Exercising your brain takes less effort than you think and can be enjoyable!

Try these fun games that can lead to a longer life expectancy, a better quality of life, and can even help reduce the chance of developing certain mental illnesses.

The exact origin of chess is unknown, but historians speculate the game passed from Arabic cultures to Persia, and eventually landed in Europe where the pieces changed to reflect the English court. The oldest recorded game was found in a 10th-century manuscript and is a similar precursor to modern chess.

This timeless game of royal battle is not only fun, but research also suggests its requirement of strategy helps develop advanced visual perspective—the ability to use one’s own knowledge as a roadmap to understand other people’s knowledge and perspective.

Practice of this game can help with everyday situations, leaving you with more knowledge to better navigate potential obstacles.

Solving crossword puzzles is a satisfying feat. By looking at the clues and unlocking the words that fit properly, you can strengthen your vocabulary, as well as unlock other subconscious mental benefits.

A study from the University of Exeter Medical School and Kings College London found “that the more regularly participants engaged with word puzzles, the better they performed on tasks assessing attention, reasoning, and memory.”

The delicate and intricate balance of short-term and long-term memory is exercised when trying to assume the word in the box and filling known boxes, all while keeping your mind open to different possibilities down the line.

Links between crosswords and the delay of onset dementia are still being explored and debated at this time, but scientists remain hopeful this can help the older population remain sharp despite risk factors of severe dementia or Alzheimer’s.

Did you know the left and right sides of your brain are slightly different in function? The left side of the brain takes charge of logic and math, while the right brain manages functions of creativity and intuition. Jigsaw puzzles engage both sides at the same time.

Exercising both sides of the brain simultaneously is key to moving the brain from a state of being awake to an Alpha state, which is the state experienced while dreaming. This taps into the subconscious mind and induces a state of creative, focused meditation, where connections can be made on deeper levels.

Grab some friends and family and make this a collaborative effort to create a masterpiece! Experts recommend making sure it’s an age-appropriate puzzle to get the most out of your time.

When it’s not possible to play games with loved ones, consider solitaire. It’s a great chance to spend time alone and relax your mind.

People who don’t enjoy solitaire often comment on its lengthy playtime. However, this is a two-in-one benefit. Firstly, it passes time and fights boredom. Boredom can actually be unhealthy! Secondly, it teaches delayed gratification, among other skills like strategy.

Moving stacks and piles without strategy won’t pay off in solitaire. Delayed gratification in solitaire comes with the practice of waiting for the right time to stack your cards and line them up in order. Not only is it visually pleasing to see the cards stacked, but it’s also a moment where your brain makes a connection between patience and satisfaction. This is a vital tool in any aspect of life, and is especially important for early childhood development.

Because of its instant gratification, technology can be detrimental to developing patience. Allow yourself to unplug and grow in persistence and strategy with an easy, fun classic!

This article was prepared by ReminderMedia.